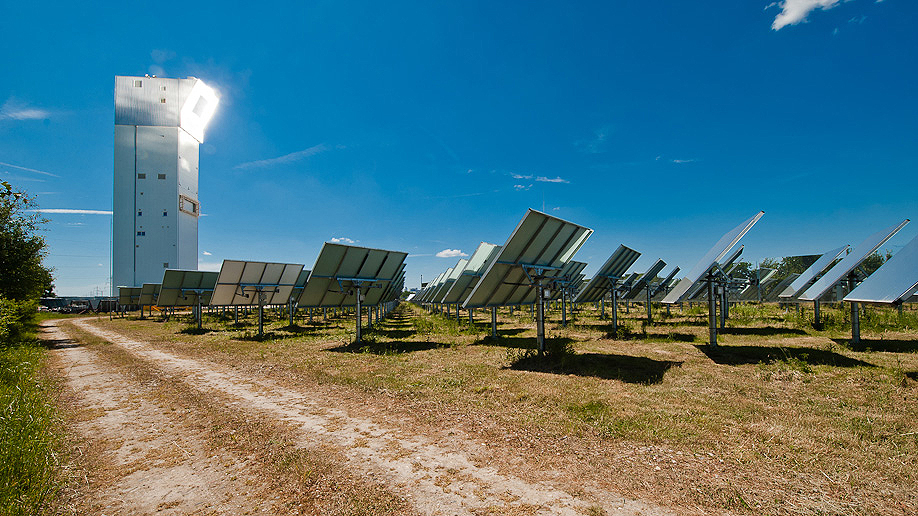 At the Karlsruher Institut für Technologie (KIT) research is being conducted under the framework of the EU subsidized PEGASUS-project to make renewable energy more suitable for baseload energy provision. Solar energy is a prime example of renewable energy, but the sun doesn’t shine at night. So some kind of energy storage is required, which can be accumulated during the day and then used at night, before solar energy can provide a substantial contribution to baseload energy demand.An approach with much promise is the application of a closed loop based on the combustion of sulfur. This sulfur/sulfuric acid closed loop is capable of storing solar energy chemically at a large scale, which can be released at night by combustion. This system could form the basis of an economical, responsible, renewable and, importantly, a stable energy source.The long-term goal of PEGASUS is the development of an innovative solar-energy power station. The solar energy is concentrated using mirrors; an absorber stores the ‘collected’ energy, using a thermo-chemical system based on sulfur and sulfuric acid. The energy so stored is available later for combustion in a furnace for the generation of electricity. This technology will be tested under realistic operating conditions in the Sonnenturm Julich (Germany).At the KIT work is continuing for a realization of the furnace – initially a sulfur furnace at laboratory scale, which has to operate reliably at a high power density in the range of 10 to 50 kW at temperatures up to 1400°C.