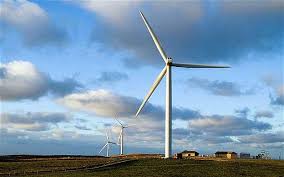 The UK’s wind energy industry has surpassed another milestone, generating more than 10,000 megawatts (MW) for the first time from its fleet of onshore and offshore wind turbines.

The news comes from the UK’s wind energy trade body, RenewableUK, which reported that the record of 10,104 MW was achieved between 2pm and 2:30pm on Wednesday, providing 23% of Britain’s total electricity demand at the time.

“It’s terrific to see wind power smashing another record,” said RenewableUK’s Executive Director Emma Pinchbeck. “It shows that wind is playing an increasingly central role as a reliable part of our new modern energy system. As we install more wind power, more records will tumble. This is a Christmas clean energy bonus — not just for the renewable energy sector, but for all of us.”

The UK is arguably the world’s leading wind energy nation, given its past commitments to both onshore and offshore wind. According to RenewableUK’s figures, the UK has an onshore wind capacity of just over 9,000 MW, and offshore capacity of nearly 6,000 MW. Not surprisingly, there are also numerous offshore wind projects in development throughout UK waters.

Despite the fact that the UK earlier this year announced it would cease allowing onshore wind farms access to the country’s primary renewable energy subsidy scheme, wind energy is a dominant player across the country, and is likely to continue to be so for years to come.

Previous Post: « SolarStratos will use solar for space tourism
Next Post: Start up hopes to get 1.2 billion people out of energy poverty »