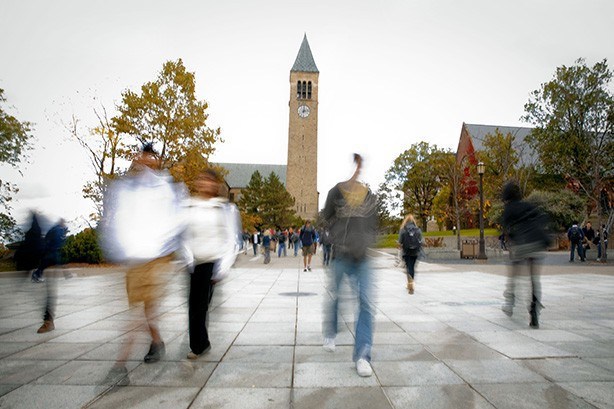 Sarah Brylinsky, sustainability communications and integration manager at the Campus Sustainability Office, said that this solar energy change puts Cornell on track to achieve its carbon neutral campus initiative by 2035.

“Wind and solar power technology is currently available to meet the goal,” said Sarah Zemanick, director of the Campus Sustainability Office. “They are competitive financially with fossil fuel power sources, but upfront investments in both energy supply projects and grid modernization are required to create and move the new renewable energy needed.”

When asked what obstacles Sustainable Cornell might face, Zemanick said that progress could be impeded as the University transitions from old to new energy systems.

“Cornell University embraces the challenges of innovation,” she said. “There will be challenges with transitioning from our current energy systems to new ways of producing, operating and managing, but as a University we are uniquely positioned to use these challenges as educational and research opportunities, and share our progress and successes with the world.”

Leaderboard 2Cornell ranks 15th in the nation’s top 50 greenest colleges and is the top Ivy League school on the list, according to The Princeton Review. As the University strives to become carbon free by 2035, Zemanick said that there are various short term initiatives on the horizon.

“Cornell Big Red Bikes will re-launch this spring, providing a bike sharing opportunity for students as well as faculty and staff,” she said.
Zemanick also expressed enthusiasm for a “Recyclemania” Steering Committee, which had its kickoff event at the Cornell basketball game against Yale Saturday.

“Last year, Cornell was the nationwide winner afor the Green Game competition, and we hope to beat rivals Princeton, Harvard and others in the total waste reduction this year,” she said.

In order to achieve a sustainable shift the University needs to foster support from the entire Cornell community, according to Brylinsky.

“Our bold ideas and willingness to embrace the challenge will bring us together as a community, and allow us to explore courageous ways of creating a future that is good for the planet, our long-term prosperity and all people,” she said. “Each small step — reducing paper use in one office, or introducing local foods at an event series — displays the power of a community to come together and create real change.”