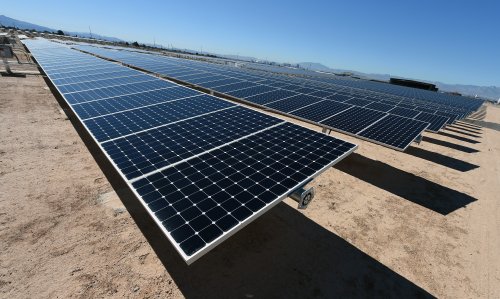 The study has been made by a group of European chemists that is led by Professor Joost Reek. He comes from the University of Amsterdam’s research priority area of Sustainable Chemistry. The concept being proposed is solar energy chemistry that can possibly be used in the future for fuel, chemicals and material.

Professor Reek cites examples of such recent work involving solar-driven chemistry, according to the University of Amsterdam’s site. One such example that he notes is the use of novel molecules for solar-driven hydrogen generation. This has been done by the French company PorphyChem. Another one that he notes is for the development of a photoelectrochemical cell that can convert carbon dioxide to methanol.

Two Dutch research institutes have joined the University of Amsterdam and the Vrije Universiteit Amsterdam in getting energy from the Sun through the use of photovoltaics, photocatalysis and photosynthesis, as Science Daily reports. These two institutes are ECN and FOM-AMOLF. This is the sort of European community for solar-driven chemistry that Professor Reek envisions.

Solar-driven energy is a long-term initiative for a much more sustainable energy future. The paper made by Professor Reek and his colleagues state that solar-driven chemical energy from the Sun is needed for the future. This will create a competitive European effort in the industry as well as in research. Solar energy chemistry then can answer the question: is this the future? Earlier also cheaper solar cells were reportedly being developed.

Previous Post: « Solar Energy Chemistry: Is This The Future?
Next Post: Las Vegas Streetlight Harness the Power of Solar Energy and Your Footsteps »