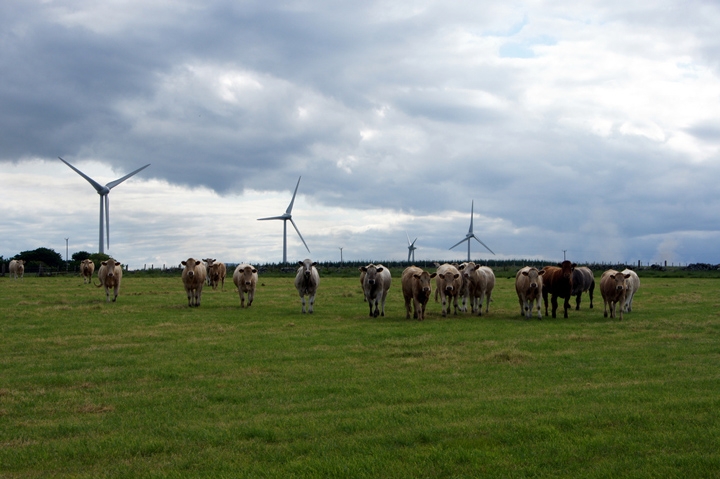 The Scottish government has taken the first steps to heavily cutting the country’s reliance on North Sea oil and gas after calling for 50 percent of Scotland’s entire energy needs to come from renewables.

In a subtle but significant shift of emphasis for the Scottish National party after decades championing North Sea production, ministers unveiled a new energy strategy intended to push motorists, homeowners and businesses into using low- or zero-carbon green energy sources for half their energy needs by 2030.

With opposition parties and environment groups expressing skepticism about a lack of detail in the new strategy, Scottish ministers privately admit cutting oil use is their biggest challenge in hitting far tougher targets unveiled last week to reduce Scotland’s total greenhouse gas emissions by 66 percent by 2032.

While North Sea oil and gas production is in decline as reserves run dry, the new strategy implies Scotland will need to accelerate its transition to a low-carbon economy faster than reserves run out to hit both targets.

Wheelhouse said: “We can all take pride in such successes, however, it is clear that more progress will be required – particularly in the supply of low-carbon heat and transport – if we are to remain on track to meet our ambitious climate change goals.”

It would put pressure on onshore windfarm operators to make their wind energy so cheap that it would not require a subsidy. Bus companies would be asked to invest in hydrogen-powered buses, and motorists expected to shift to electric cars.

Renewables industry sources say hitting that much higher target could be slower and harder than Wheelhouse admitted because the Scottish government is expected to miss its target of supplying 100 percent of Scotland’s domestic electricity needs from this source by 2020.

The draft energy strategy, released for public consultation on Tuesday, failed to deal with substantial questions about the costs of meeting the new target, sidestepped Scotland’s continuing use of nuclear energy and also the exact mix and quantity of green energy schemes now needed by 2030.

The paper also again sidestepped a decision on the future of fracking of Scotland’s large shale oil and gas reserves, with ministers are at odds over allowing it or banning it on climate and environmental grounds.

Environmentalists, opposition parties and SNP activists are putting the Scottish government under heavy pressure to convert an existing moratorium on fracking into a permanent ban.

Wheelhouse said ministers were taking an “evidence-based and measured approach” and would soon launch a new public consultation on whether to allow fracking.

And despite standing for election on strong anti-nuclear platforms, Scottish ministers have admitted they are content to see the life of Scotland’s two nuclear power stations at Hunterston and Torness to be extended further, beyond their current contracts that run until 2023 and 2030 respectively.

Nuclear power provided 35 percent of Scotland’s electricity in 2015. EDF, the French-owned utility that operates the two stations, is building up a technical case to win support from the UK’s nuclear regulator to extend both stations’ operating lives by several years each.

That strategy is supported by Scottish ministers. Wheelhouse’s energy paper had very little detail on what power sources would provide the remaining 50 percent of Scotland’s energy needs but it said “thermal energy” – power provided by conventional nuclear or gas-fired stations – would be a significant part of that.

While all opposition parties welcomed Wheelhouse’s overall 50 percent target, they were immensely critical about the lack of detail in the paper, particularly on the costs and funding of the strategy.

Jackie Baillie, Scottish Labour’s energy spokeswoman, said the SNP often set targets it failed to meet. “Scotland has previously been required to import energy from elsewhere in the UK, particularly baseload power from England,” she said. “Yet the SNP’s energy strategy provides little detail about how to keep the lights on.”

Mark Ruskell, a Scottish Green party MSP, said it remained unclear how the target for 80 percent of homes to use low-carbon heat by 2032 would be delivered, since the 2025 target was just 18 percent and current funding levels were inadequate.

“Warming our homes affordably and with low-carbon power is a priority but the Scottish government’s targets don’t make sense,” he said. “There’s too much trust in a technological miracle in the future and not enough action on fuel poverty today.”

Gina Hanrahan, the climate and energy policy officer at environmental group WWF Scotland, said the strategy “fails to put enough meat on the bones of the commitment to transform the energy efficiency of existing homes”. She added: “With 1.5m cold homes in Scotland, these proposals are too slow and underfunded.”