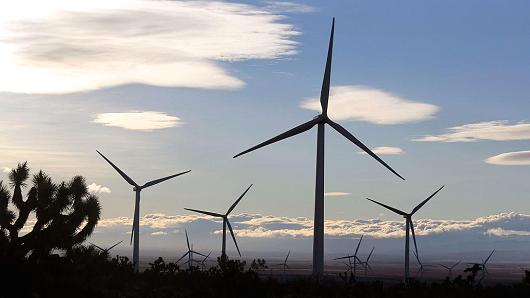 “We are witnessing an energy transformation taking hold around the world, and this is reflected in another year of record breaking additions in new renewable energy capacity,” IRENA Director-General Adnan Z. Amin said in a statement.“This growth in deployment emphasizes the increasingly strong business case for renewables which also have multiple socio-economic benefits in terms of fueling economic growth, creating jobs and improving human welfare and the environment,” Amin added.Accelerating this momentum would need extra investment “in order to move decisively towards decarbonising the energy sector and meet climate objectives,” he went on to say.IRENA’s announcement came on the same day the U.K. government released energy statistics which showed that renewable electricity generation in 2016 was 82.8 terawatt hours, down one per cent compared to 2015.In addition, the government said that renewables’ share of electricity generation fell to 24.4 percent in 2016, a decrease of 0.2 percentage points compared to the previous year. Capacity for renewable energy at the end of 2016 was 34.7 GW, representing an increase of 13.7 percent.

Previous Post: « How the World’s Blackest Material Could Improve Solar Energy
Next Post: Renewable energy has robust future in much of Africa »