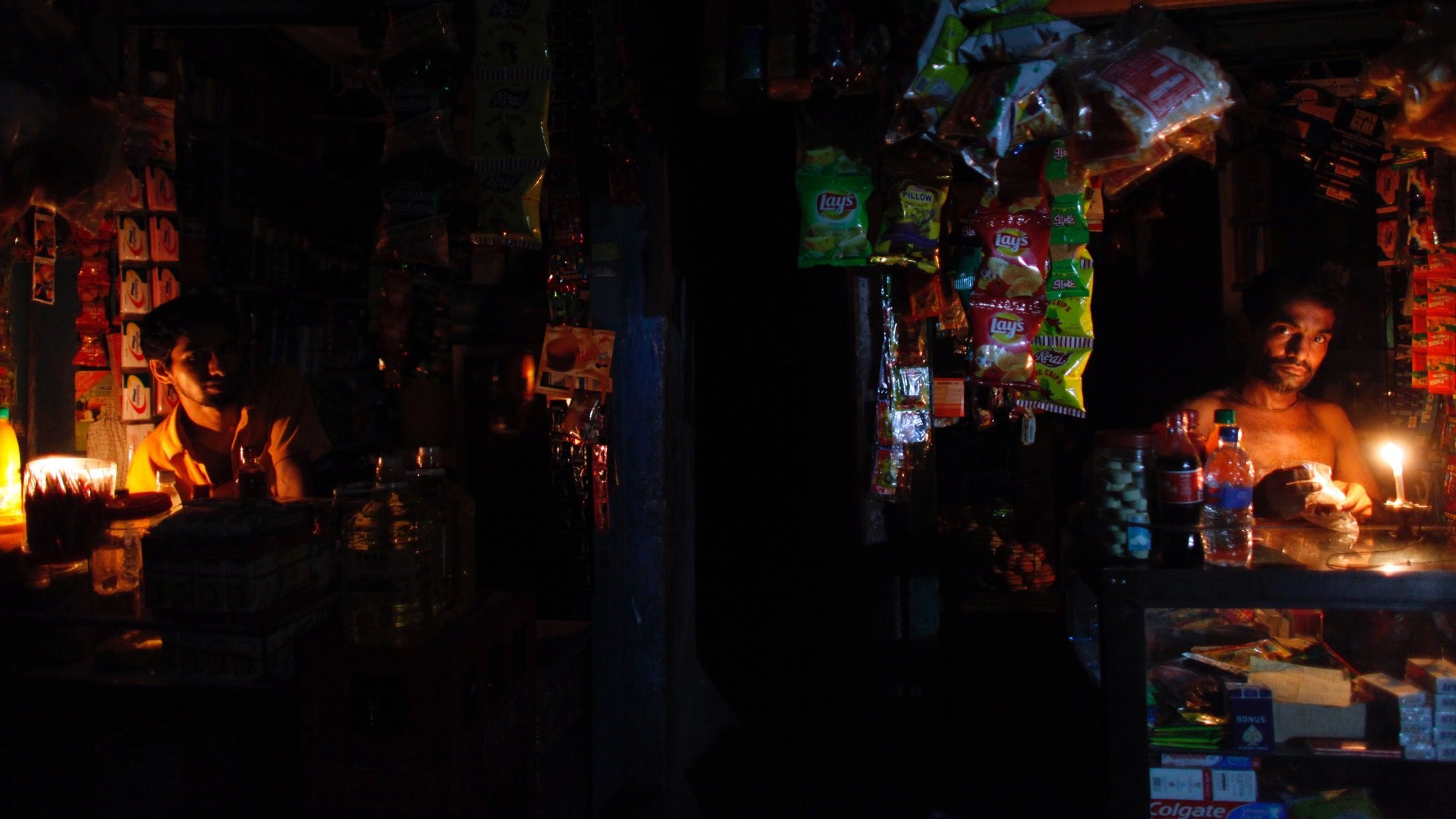 Cities like Dhaka and Chittagong experience around two to three hours of “load shedding” every day when residents are deliberately cut off from electricity in a bid to conserve power. And load shedding happens even more often in rural areas.

Bangladesh’s power is unreliable in part because of its vulnerability to changes in weather: When temperatures rise in hot summers, power consumption goes up as people use more fans and air conditioners—demand often outstrips the limited supply of electricity. Dry seasons make rivers run dry, which hinders electricity generation, fuel extraction, transportation, and emissions control; flooding in the rainy season can put chunks of the population entirely off the grid.

But the same environment that has wreaked havoc on Bangladesh’s electricity supply is now powering a working class neighborhood in the country.

The energy from the glaring sun in the hot summers can be captured by solar panels. This source of electricity can be used immediately or saved for later use when natural disruptions occur. Currently, however, each household bears the burden of sustaining itself. A local company is trying to share that across communities and villages.

In September 2015, Bangladesh-based ME SOLshare set up a “swarm electrification,” pilot project that let residents in Shakimali Matborkandi, a village in the Shariatpur district, trade solar energy among themselves. All they need is a 2,370 taka ($30) device called SOLbox and a mobile phone with bKash, the largest mobile banking network in the country.

Swarm electrification is built on the idea that a unified community working together like a swarm of fish can survive the worst. “If a shark attacks a swarm, it may take out one or two fish, but the rest keep on swimming,” ME SOLshare’s managing director Sebastian Groh told Motherboard.

To purchase electricity, people add credit to their mobile wallet and switch their SOLbox to “buy” mode—power that is captured by existing solar home systems can be transferred from one household’s black box to another in exchange for credit via a direct current. Some households may use less power than others because they have fewer family members and appliances—or perhaps are just more conservative about their electricity usage. Those who want to give away excess power can switch their black box to “sell mode.”

Nearly 4 million homes in Bangladesh have installed solar panels. In the last decade, solar energy has contributed to a nearly 10% of the uptick in access to electricity in Bangladesh. “This is the fastest-growing solar home system in the world,” Nazmul Haque Faisal from IDCOL, a government-owned financing institution, told the World Bank last year. In 2015 alone, nearly 1.7 billion solar home systems were installed in houses, shops, fishing boats and more across Bangladesh, according to local non-profit Grameen Shakti that works on connecting rural villagers to renewable energy.

Solar is a much more “reliable, clean, and cheaper” source of energy than using kerosene or diesel generators, the previous standard for powering homes whenever the main grid went down, according to the New York Times. SOLbox will allow all appliances to keep working. provides an additional environmental benefit: “People are encouraged to use energy efficient appliances and the latest LED lights to reduce consumption,” Groh told Motherboard. There’s a financial incentive to save energy: For some households, the ability to conserve and sell surplus power to their neighbors could provide a new income stream.

Bangladesh isn’t the only country experimenting with these sorts of nanogrids. There are online marketplaces for electricity in the Netherlands. In New Zealand, schools, households and more have started dabbling with peer-to-peer electricity transfer platforms.

However, in Bangladesh, where 60% of the households do not have access to grid electricity, a localized system for trading electricity could finally bring power to dozens of millions living in impoverished communities that have known nothing besides kerosene, lamps, candles and batteries.

Previous Post: « Producing Wind Energy In The Ocean, No Turbines In Sight
Next Post: An ancient cathedral in England is getting solar panels »