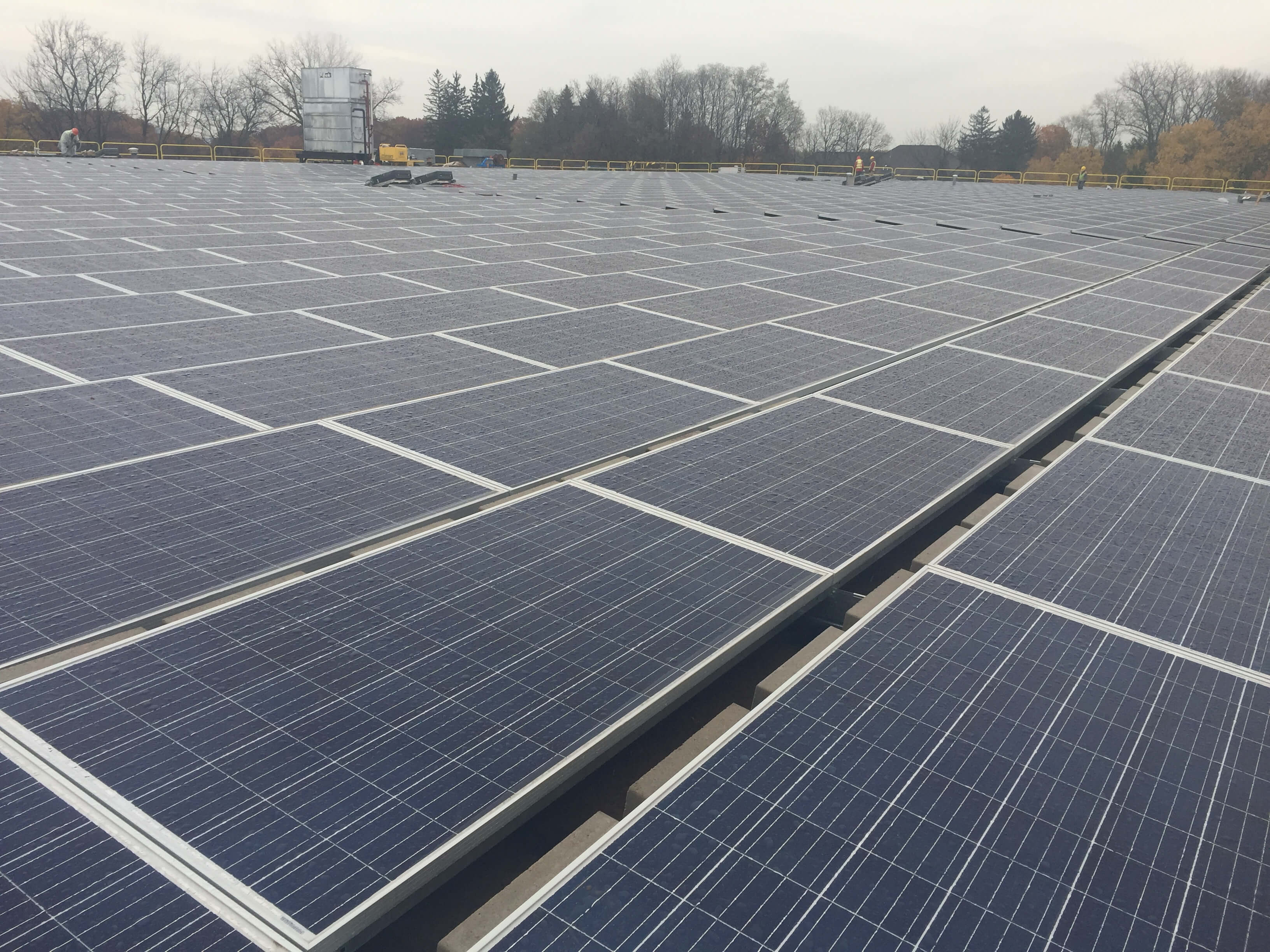 The New York State Energy Research and Development Authority (NYSERDA) and the Regional Food Bank of Northeastern New York have announced that two newly completed solar installations atop the food bank’s warehouse facilities in Albany and the Village of Cornwall-on-Hudson, in Orange County, will lead to estimated savings of approximately $520,000 over a 25-year power purchase agreement (PPA) and elimination of approximately 7,600 tons of greenhouse-gas emissions – the equivalent of taking 58 cars off the road during that period. NYSERDA says the installations have also been a catalyst for increasing awareness of opportunities available to the food bank to lower its utility bills through changes to its electricity-use habits.

NY-Sun, a statewide program of Gov. Andrew M. Cuomo, supported the two solar projects with a $353,000 grant from NYSERDA, offsetting a portion of the nearly $2 million cost.

“Congratulations to the Regional Food Bank of Northeastern New York for becoming another example of the positive benefits that solar energy can reap for businesses under Governor Cuomo’s NY-Sun initiative,” says John B. Rhodes, president and CEO of NYSERDA. “These projects will help the state combat greenhouse gases while reducing the food bank’s energy bills, thereby freeing up additional funds for the essential services this organization offers to the public.”

“We are always looking for ways to reduce our operating expenses so we can maximize the impact of our core mission – to alleviate hunger and prevent food waste,” states Mark Quandt, executive director of the food bank. “As we strive to be good stewards of the resources our community so generously provides, switching to clean solar power is closely aligned with our principles.”

According to NYSERDA, the installations at the two Regional Food Bank facilities total 2,673 solar panels and are expected to combine for approximately 973,000 kWh of annual generation, to meet approximately 60% of the facilities’ electricity needs. That amount of solar power would be equal to meeting the electricity requirements of 135 average-sized homes, the agency adds.

A significant portion of the Food Bank’s utility bills stems from the energy-intensive refrigeration that its warehouse facilities rely upon for the large donations of food that it collects for the disadvantaged. The solar installations will lessen those costs in replacing higher-priced electricity from the power grid and are leading to even greater savings by allowing the food bank warehouses to stagger the recharging schedule for their battery-powered forklifts. In the past, the warehouses did all the recharging of this equipment at one time, resulting in higher demand charges on their electric bills.

“The solar projects are providing the Regional Food Bank with more options in its warehouse operations,” says Bill Jordan, CEO of Jordan Energy & Food Enterprises, a Troy, N.Y., energy consulting and development company that worked closely with the food bank in identifying financing and construction partners while customizing analytical software for the warehouses’ harnessing of on-site solar power. “We’ve worked with the food bank for over six years to install solar at the right time, and the launch of the NY-Sun program led us to insist this was the right time.”

Dynamic Energy, a New York solar developer with offices in Saratoga Springs, designed and built the two solar projects, completing them in less than six months. At the end of the 25-year PPA, the ownership of the solar installations will be transferred to the food bank, at which point the electricity from the solar panels will be free, for further cost savings on the food bank’s overall electricity bills.

NYSERDA says New York has greatly advanced its amount of state-supported solar energy under NY-Sun. Since December 2011, state-supported solar growth has increased nearly 800%, with nearly 65,000 projects installed through December 2016. As of the end of the year, the projects amounted to nearly 744 MW of generating capacity. In addition, NYSERDA says New York now has more than 8,000 people engaged in solar jobs in various parts of the state.