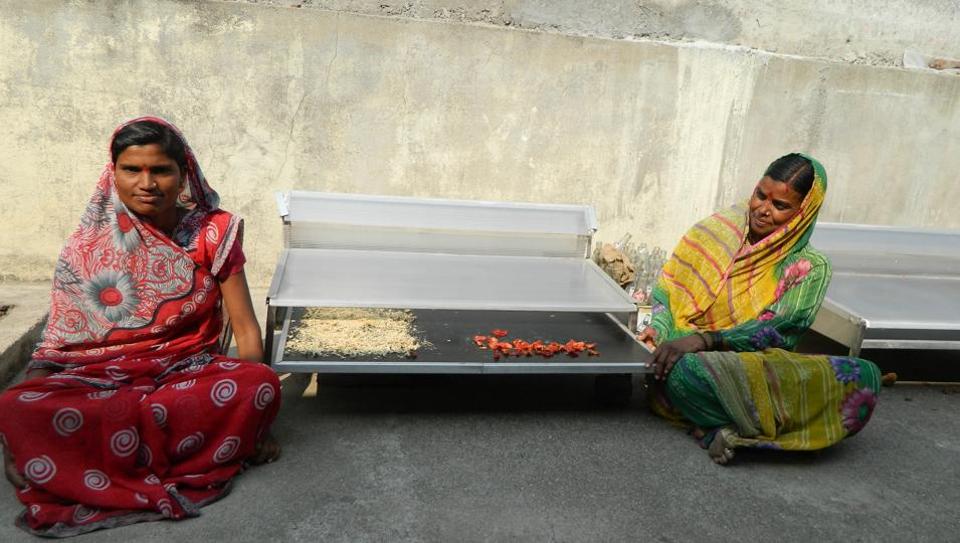 All that S4S Technologies (Science for Society) did was provide solar conduction dryers, which dehydrate vegetables and fruits, to 230 rural women in 17 of Maharashtra’s villages. Another group comprising 200 women from villages in Thane and Aurangabad — called the control group — were not provided with the dryers.

Developed by S4S, the electricity-free solar-powered food dehydrator uses controlled radiation technology to trap the infrared rays that dry fruits and vegetables. The dehydrated products regain their original properties when put in water. Every year, 25%-30% of the 250 million tonnes of fruits and vegetables produced in India are lost.

“Undernutrition or malnutrition is intergenerational. It passes from a mother to her children,” said Vaibhav Tidke, chief executive officer, S4S. “Undernourishment is attributed to poverty, which results in poor ability to buy food and maintain dietary variations, food shortage across off-seasons when agri-products are not available on farms, gender inequality as women are not equipped to buy and supply nutritional food, and poor feeding practices that rely on staple food as major component of diet.”

The women were trained to use the dryers to dehydrate onions, fenugreek, spinach, dried ginger, mangoes and papaya. These dehydrated products were integrated in their daily diet, especially during the lean season — January to June — when fresh produce is not available for consumption.

The fact that vegetables were ready to be consumed during the lean season increased the Dietary Diversity Score — amount of nutrients in one’s diet — in the experimental group by 37% more than the control group.

“During the lean season, women end up eating starchy food. They boil potatoes with salt and some spice; all of which has no nutrition,” said Tidke. “Dehydrating locally available seasonal food and cooking it improved the women’s haemoglobin count by an average of one point — from 8g/dL to 9g/dL, for instance,” he added.

With the dryer reducing moisture content in agri-animal produce and maintaining nutritional values, women farmers and rural women can preserve seasonal produce for six months to a year, without using chemicals.

“When vegetables, fruits or any agricultural products are dehydrated, there is a less-than-5% loss in minerals and protein activity owing to the controlled temperature increase during the drying process. The concentration of nutrients, vitamins and protein activity is increased by almost five times owing to the removal of water. Hence, the net gain is enormous,” said Bhaskar Thorat,head, chemical engineering department, ICT, and advisor for S4S. “This concentration increases energy levels and improves haemoglobin levels,” he added.

In addition to consuming the dried product and preventing wastage, the women also sold the surplus. Of the 200 women in the experimental group, 105 sold the surplus dehydrated food — approximately 20,000kg of agricultural products.

With more than Rs10 lakh in proceeds, the consumption of dehydrated vegetables and fruits helped the women save Rs40 to Rs60 a week during the lean season.

The team plans to write to the state women and child welfare and tribal departments with the proposal to introduce solar conduction dryers in villages.

“There needs to be a policy intervention in terms of installing solar dryers at the panchayat levels,” said Tidke.

The two-year project was executed by S4S, Institute of Chemical Technology, Mumbai and Hyderabad-based National Institute of Nutrition. It is supported by the Biotechnology Industry Research Assistance Council (Department of Biotechnology), Bill & Melinda Gates Foundation and USAID

The solar conduction dryer is a patented technology recognised by the UN, USAID, UKAID, FICCI and University of Texas. It costs three to five times less than other solar dryers and processes 1 tonne material annually.