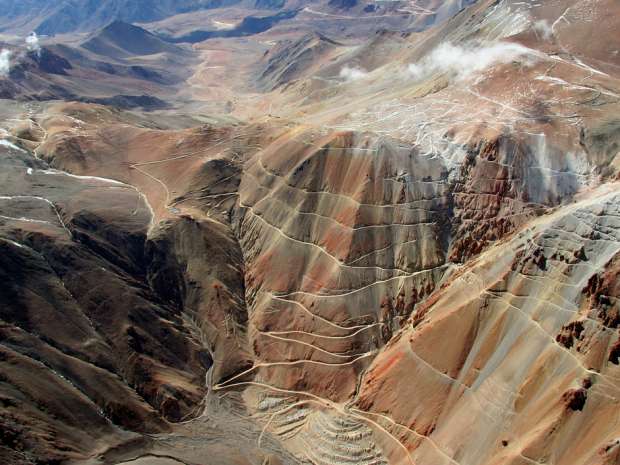 Mining companies are digging into renewable energy as a way to reduce costs and offset the impact of volatile conventional fuel prices as the world shifts to a low-carbon economy.

Industry executives gathered last week at the Energy and Mines World Congress in Toronto focused on how innovation in energy – which can comprise as much as one-quarter of operating expenses in remote locations – can make mines more cost-effective and environmentally sustainable.

“I think we will be surprised at the speed at which mining companies will start to adopt these things,” said Adriaan Davidse, mining innovation leader at Deloitte.

Amid rapid improvements in renewable technologies, wind and solar prices have fallen dramatically in recent years and are expected to keep dropping. In many parts of the world —especially in remote locations – the alternative energy solutions are becoming cheaper than conventional sources.

Meanwhile, a dearth of new mine opportunities is driving companies into more far-flung locations that are not connected to the electricity grid — resulting in dependency on diesel — an unreliable, costly and carbon-intensive source of energy.

Some miners also see renewables as a way to maximize their social licence to operate by selling the benefits of renewables to surrounding communities: the switch can help end community-reliance on diesel generators for decades after the mine’s life ends.

About US$6 trillion of investment capital is expected to be deployed into renewable energy by 2035 – more than three times the amount in conventional energy infrastructure, according to an Ernst & Young report.

However, in the current low conventional fuel price environment, many companies are missing the opportunity to invest in technology that will insulate them from future price hikes, Davidse said.

“Mining companies position themselves typically as waiting for technologies to be mature before they adopt them, but in this case the ability to integrate renewables depends on your ability to be adaptable,” he said.

Though commodity down cycles are nothing new, miners are also grappling with longer-term structural changes such as increasing pressure to adopt sustainable practices and carbon-pricing systems, he added.

“Renewables have a very significant role to play in addressing many of these issues –including support to the communities and the reduction of emissions,” he said.

Some of the world’s biggest miners, including Barrick Gold and Gold Fields, are early adopters, experimenting in locations where renewable power makes the most sense, such as in sub-Saharan Africa, where both communities and miners are all too familiar with rolling blackouts.

Miners have already realized energy savings of between 10 and 40 per cent from investing in renewables, innovative energy technologies and automating certain processes to reduce power use, according to Deloitte.

Rio Tinto aims to generate 10 per cent of its energy demand at the Diavik diamond mine in the Northwest Territories from a nearby wind farm, while Glencore Xstrata is partnering with Tugliq Power to have wind power meet half of its energy needs at the Raglan Mine.

Third-party partners, such as Tugliq, are making it easier for mining companies by stepping in to fund, develop and operate the systems in exchange for a long-term pricing commitment.

Stephen Letwin, CEO of Iamgold Corp., which is using solar power as part of the energy mix at the Rosebel gold mine in Suriname, believes the biggest barrier to higher adoption of renewables is the high capital costs –which is what makes having a partner so attractive.

At Iamgold’s remote Essakane gold project in Burkina Faso, the company is in the midst of completing a partnership deal to have 10 per cent of power supply come from solar.

“Think of it as a toll road – what it’s like is a highway that you get to use without having to put up the huge amount of capital but over time you pay a toll for using the road and the people who put up the money get a return,” Letwin said.

The shift toward renewables is a way to hedge against both rising fuel costs and carbon emissions.

Previous Post: « ‘Africa is tired of being in the dark’: bank chief on plans to boost energy
Next Post: Sweden to scrap taxes on solar energy in 2017 »