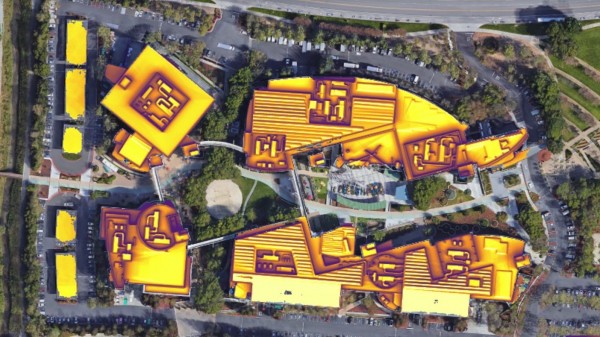 If you’ve ever thought about getting solar panels on your house but worried about whether it was worth it, Google may now have just the thing to help you decide.

In a new expansion of its Project Sunroof, the company has built 3-D models of rooftops in all 50 states, looked at the trees around people’s homes, considered the local weather, and figured out how much energy each house or building can generate if its owners plunk down for some panels.

Top among the findings is that nearly 80 percent of all buildings the team modeled are “technically viable” for solar panels, meaning they catch enough rays each year to make generating electricity feasible. That sounds pretty good, and a post on Google’s blog goes on to highlight the rooftop-solar potential for several cities. Houston comes out on top, with as much as 18,940 gigawatt-hours of free energy from the sun just waiting to be generated each year (Google says that a gigawatt-hour translates to about a year’s supply of electricity for 90 homes).

Sunroof lets you search for your house, suggests how large a solar array you might consider putting on your roof, and estimates how much energy it will generate—as well as how much it would cost to lease or buy the panels.

It’s a handy tool, and comes at a good time. Solar has been growing quickly in the U.S., with installations nearly doubling over the course of 2016. But most of that is on the utility scale—residential installations grew just 19 percent last year, mostly because demand is drying up in big state markets like California.

The Los Angeles Times today quoted several officials in the industry as being optimistic that growth will continue nationwide. But the Solar Energy Industries Association suggests that the top five state markets, which accounted for 70 percent of the country’s newly installed residential solar in 2016, all figure to see slowdowns. That probably won’t be made up for by emerging markets in states like Texas, Utah, and South Carolina, according to SEIA’s latest report.

It seems unlikely that Project Sunroof will make a big difference in these trends, especially as policies that made rooftop systems more attractive to consumers, like net metering, are in danger of disappearing. But the SEIA report said one reason things are slowing down is that solar installers have had difficulty “reaching customers outside of the early adopters.” Given the immense reach of the company that developed it, Sunroof’s new tool might be able to help with that, at least.

Previous Post: « Could This Be the Most Efficient Solar Panel Ever?
Next Post: Massachusetts is one of top 10 states for solar energy: Report »