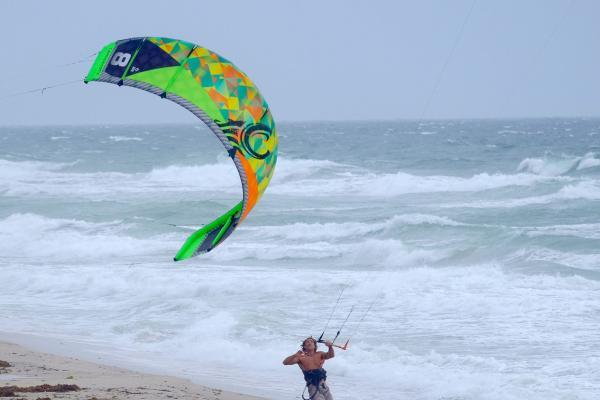 Technology for wind energy could use fixed-wing or sails for power in a way that would make deployment easier for deep waters, a German company said.

“This novel technology has the potential to transform the global offshore wind generation market as airborne wind devices are cheaper to manufacture and easier to maintain than conventional wind turbines,” the German company explained. “Additionally, they are easier deployed in deeper waters surrounding countries such as Portugal, Japan and the United States.”

Ampyx Power is a pioneer in the development of novel wind energy technologies and the company said teaming up with E.ON was “clear proof” of market interest. The collaboration in airborne wind energy is the second for E.ON, which invested in a Scottish start-up last year.

“Airborne wind supports one of our overall targets to drive down cost for renewable energy,” the CEO said in a statement.

A 2015 study sponsored by the European Wind Energy Agency finds offshore wind power is still a costly venture and the industry will need to pursue more efficient and more competitive options if it’s to have a viable long-term future. In response, the study found the industry is using bigger turbines, which could pay off in the long-term, but require more capital up front.

E.ON said its investment decisions could lead to the development of a demonstration project off the coast of Ireland. If successful, the company said it would be a “stepping stone” toward making airborne wind a commercial opportunity.

Previous Post: « Will a New Glass Battery Accelerate the End of Oil?
Next Post: New Device Pulls Drinking Water from the Air, Using Only Solar Energy »