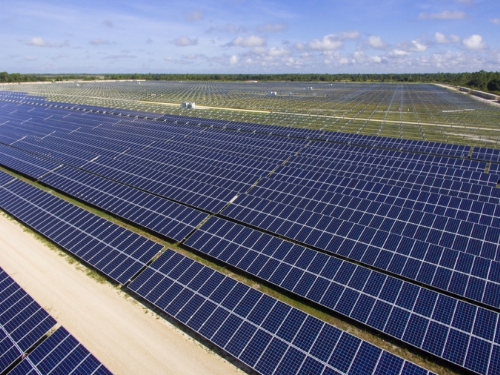 Florida Power & Light Co. plans to build on the successful completion of its latest solar energy centers with even more solar in 2017.

FPL has been working for many years to be prepared to add substantial solar capacity affordably for its customers, developing plans and securing sites for cost-effective installations.

In 2017, FPL plans to build four more 74.5 MW solar energy centers across the state, including sites in Alachua, Putnam and DeSoto counties that have received local approvals. Construction is expected to begin as early as the first quarter of 2017. Additional large-scale solar facilities are also in development and may be announced in the coming months.

“Clean energy helps drive economic growth in our state,” said Brian Bergen, vice president of economic development for the Putnam County Chamber of Commerce. “FPL’s solar energy center will provide a boost to our local economy and the solar power it generates will be a draw for companies that value clean affordable energy.”

FPL’s solar expansion plays a role in its strategy of making smart investments that generate affordable clean energy for customers. The company’s approach to clean, fuel-efficient generation, which includes phasing out coal-fired and oil-burning power plants, has saved FPL customers more than $8 billion in fuel costs and prevented 95 million tons of carbon emissions since 2001.