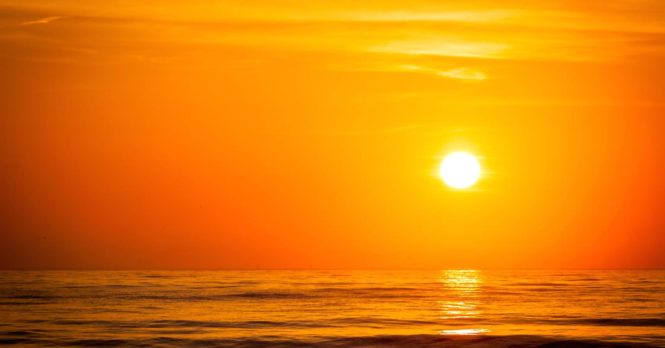 The potential of solar power is significant, with the International Energy Agency previously stating that the sun could be the planet’s biggest source of electricity by 2050.

In the U.K., the appetite for solar among some is becoming increasingly stronger. “We’re in the middle of what you can only describe as an energy revolution in the U.K.,” Alan Whitehead, member of parliament for the opposition Labour Party, told CNBC.

“Solar power is now becoming increasingly central to U.K. power production,” Whitehead added. “The deployment of solar is racing way ahead of what was thought was going to be the curve, and it’s now making a real impact on energy systems.”

The U.K. is home to what is claimed to be the largest floating solar panel array in Europe. The array, based in the south of England, was installed by Lightsource Renewable Energy. The array is set to generate 5.8 million kilowatt hours in its first year of operation.

Commenting on the benefits of solar in general Nick Boyle, founder and CEO of Lightsource Renewable Energy, said the business was, “now in a position for the first time – and it’s a really interesting inflection point – where I can go to large electricity users and offer to undercut what they’re paying today.”

Boyle went on to explain that the predictable nature of solar meant that it also generated a predictable revenue stream, making it an attractive investment product.

For Lightsource, there are several plus points to floating solar arrays. “One of the major benefits to floating solar is that there is all this space in areas of London or other cities, where you have a large area on top of the reservoir that’s not being used,” Liv Harder, senior development manager at the company, said.

“It has definitely become more affordable to do projects like these over the last few years,” Harder added. “The cost of panels has gone down nine times in the last five (years) alone, and the floats themselves also continue to go down in price as more and more installations go up.”

In the U.S., the solar industry seems to be in good health. At the beginning of this year it was revealed that the U.S. solar industry installed 7,286 megawatts of solar power in 2015, according to data from GTM Research and the Solar Energy Industries Association.

The figures represent an increase of over 1,000 megawatts of solar photovoltaic installations compared to 2014. Photovoltaic technology is able to directly convert sunlight into electrical energy.

According to the data, solar beat natural gas capacity additions for the first time ever, with 29.5 percent of all new electric generating capacity met by solar power in 2015.

Back in the U.K., Alan Whitehead was also confident about solar’s prospects. “The future of solar power is incredibly bright,” he said. “Solar has a wonderful future I think, it’s one of those technologies that is absolutely game changing.”