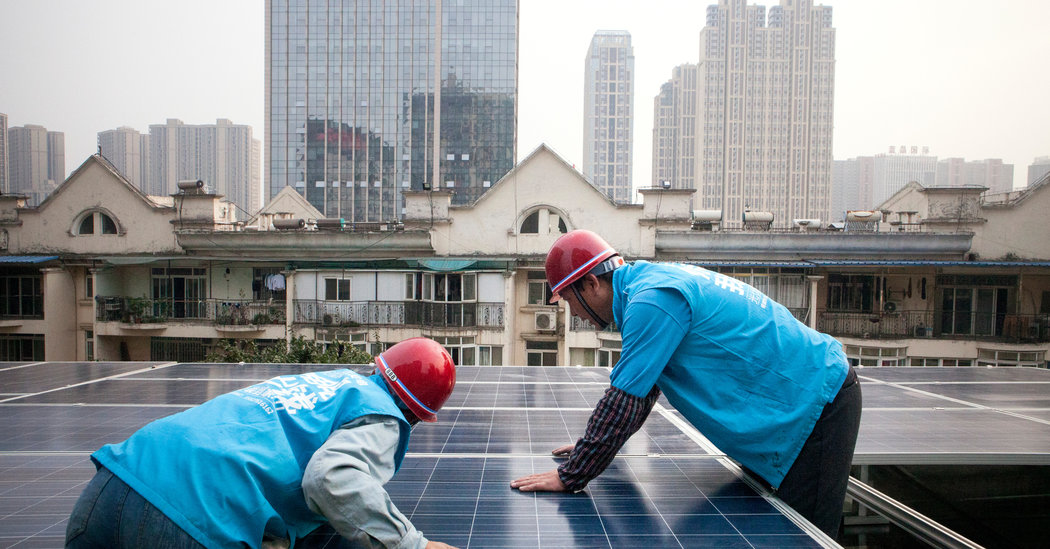 China intends to spend more than $360 billion through 2020 on renewable power sources like solar and wind, the government’s energy agency said on Thursday.

The country’s National Energy Administration laid out a plan to dominate one of the world’s fastest-growing industries, just at a time when the United States is set to take the opposite tack as Donald J. Trump, a climate-change doubter, prepares to assume the presidency.

The agency said in a statement that China would create more than 13 million jobs in the renewable energy sector by 2020, curb the growth of greenhouse gasses that contribute to global warming and reduce the amount of soot that in recent days has blanketed Beijing and other Chinese cities in a noxious cloud of smog.

China surpassed the United States a decade ago as the world’s biggest emitter of greenhouse gasses, and now discharges about twice as much. For years, its oil and coal industries prospered under powerful political patrons and the growth-above-anything mantra of the ruling Communist Party.

The result was choking pollution and the growing recognition that China, many of whose biggest cities are on the coast, will be threatened by rising sea levels.

But even disregarding the threat of climate change, China’s announcement was a bold claim on leadership in the renewable energy industry, where Chinese companies, buoyed by a huge domestic market, are already among the world’s dominant players. Thanks in part to Chinese manufacturing, costs in the wind and solar industries are plummeting, making them increasingly competitive with power generation from fossil fuels like coal and natural gas.

Sam Geall, executive editor of Chinadialogue, an English- and Chinese-language website that focuses on the environment, said that the United States, by moving away from a focus on reducing carbon emissions, risked losing out to China in the race to lead the industry.

Mr. Trump has in the past called the theory of human-cased global warming a hoax and picked a fierce opponent of President Obama’s rules to reduce carbon emissions, Scott Pruitt, the Oklahoma attorney general, to lead the Environmental Protection Agency.

The investment commitment made by the Chinese, combined with Mr. Trump’s moves, means jobs that would have been created in the United States may instead go to Chinese workers.

Even the headline-grabbing numbers on total investment and job creation may understate what is already happening on the ground in China. Greenpeace estimates that China installed an average of more than one wind turbine every hour of every day in 2015, and covered the equivalent of one soccer field every hour with solar panels.

China may meet its 2020 goals for solar installation by 2018, said Lauri Myllyvirta, a research analyst at Greenpeace, who is based in Beijing.

But despite these impressive numbers, China’s push to clean its air and reduce its greenhouse gasses faces political pressure from the politically powerful coal industry.

Mr. Geall and Mr. Myllyvirta both said that Thursday’s announcement was missing any language on curtailment, or the amount of electricity generated by wind and solar that never finds its way to the country’s power grid. In China, wind power curtailment was 19 percent in the first nine months 2016, Mr. Myllyvirta said, many times higher than in the United States, where curtailment levels are often negligible.

In recent years the country has also been building coal-fired power plants at a furious pace, although that has recently slowed along with China’s economy. Another omission from Thursday’s announcements, Mr. Myllyvirta said, was the absence of any specific target to reduce coal consumption.

But both Mr. Geall and Mr. Myllyvirta said Thursday’s announcement set the stage for still more power generation from renewable energy and a gradual shift away from coal.