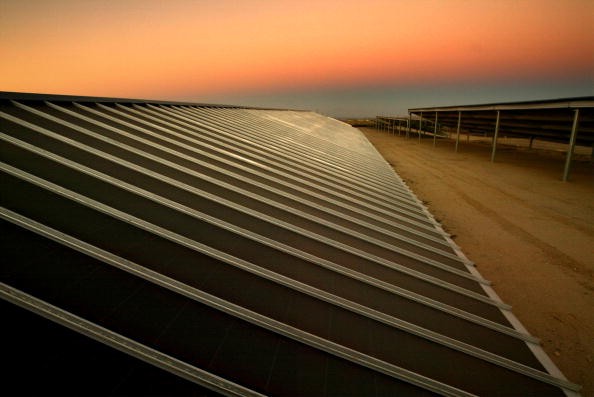 California achieves the goal to generate sufficient amount of electricity from solar energy to cover half the state for three hours. The western U.S. state created history on March 11.

Surprises have no limits when human efforts are on to achieve something. The same thing happens in California. The U.S. Department of Energy’s statistics division reveals the achievement of the western U.S. state regarding the electricity, generated from solar energy. According to the San Francisco Chronicle, the statistics division applies the data from the California Independent System Operator to point out the achievement.

The California Independent System Operator uniquely controls the electricity to cover 80 percent of the California’s electricity grid and parts of Nevada, ABC News reported. Solar energy is one of the best sources of the renewable energy, and the said western U.S. state uses the energy to achieve a goal. Interestingly the achievement comes at a time when solar power plants are the sources of 40 percent of the electricity flowing through the grid.

Recently another U.S. state Kentucky has set an example of using the solar energy to generate electricity. The Kentucky Coal Mining Museum is preparing to adopt the solar electricity, according to The Science times. The aim behind this idea is to reduce the energy cost. Now California is one of those U.S. states that is gradually approaching to embrace the solar power as the key source of energy.

Electricity generated from solar energy helps California to produce a clean environment and at the same time creates a series of troubles also. In summer days a little amount of electricity is shunted off the grid as the western U.S. state generates excessive power. The process is called curtailment.

Steven Greenlee, the spokesman of the Independent System Operator, indicates more curtailment in the summer time. In future times solar energy can be the best lifeline of electricity around the world if human civilization wants to have. California has already set the aim to generate 50 percent of the electricity from the renewable sources by 2030.

Currently, most of the climate analysts and experts prefer to use the Renewable energy in order to restore a clean environment. With the increasing level of the carbon dioxide emissions in the air, it is the need of the hour to avail the solar energy. It is now a proven fact that California has the potentiality to cover the required amount of electricity from the renewable energy.

Previous Post: « The Cows Of America Have A Renewable Energy Message For You
Next Post: Robotic Kelp Farms Promise an Ocean Full of Carbon-Neutral, Low-Cost Energy »