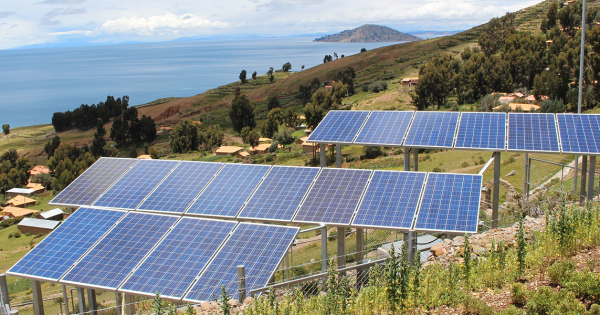 THE RISE OF SOLAR POWER

Solar power is certainly on the rise around the world. There are massive solar power generating installations across Asia, with countries like India and China taking turns being the home of the largest arrays.

Even the United States is making some massive strides with this source of renewable energy. In fact, solar energy is faring better than coal—even in terms of the economy. There are more people employed by the solar industry than in coal, and the price of solar power continues to fall. A trend that is likely to continue—especially if we continue to improve the efficiency of harvesting the sun’s energy.

To that end, researchers in Japan are doing their part: a team from the company Kaneko has recently announced breaking the efficiency record of solar panels—which now stands at 26.6 percent. “Improving the photoconversion efficiency of silicon solar cells is crucial to further the deployment of renewable electricity,” says the team.

The company’s approach—known as thin-film heterojunction (HJ) optimization—improves on a technique that layers silicon inside individual cells to minimize the space where electrons can’t exist. These spaces are call band gaps. A few more innovations allowed for the collection of a greater number of photons, leading to a more efficient panel.

Other approaches have been able to reach an even higher efficiency percentage, but they are not yet viable for consumer-friendly applications.

Continuing on this trend toward efficiency is only going to make the prices of solar power continue to drop. Improvements in production processes will speed this along as well, since panels that are cheaper to produce will cost less for the consumer. Last year, the world was able to double its solar power capacity—so just imagine what will be possible with higher efficiency capabilities.