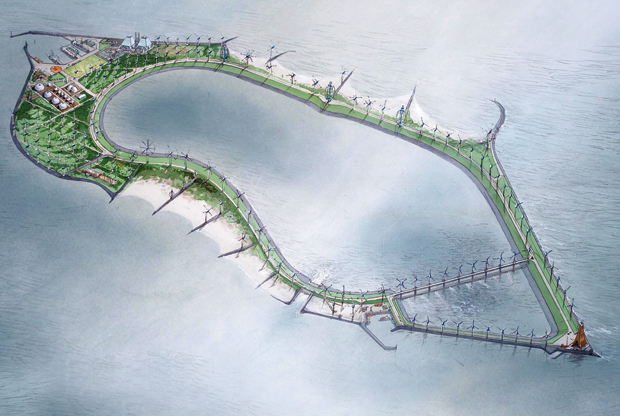 If Elon Musk has his way, in the future we’ll all be storing renewableelectricity inside big banks of lithium-ion batteries. But let’s not forget the energy storage situation today. In the United States, 97 percent of utility-scale storage in 2014 was in pumped-storage hydroelectric plants, according to research by Oak Ridge National Laboratory, in Tennessee.

In traditional pumped hydro, a dam separates a lower reservoir from an upper reservoir. When a utility company needs to store energy, the system pumps water from the bottom to the top. It generates electricity when water flows back down through a turbine. In 2015, Citibank estimated that the cost of power from pumped hydroelectric was about 5 percent of the cost of grid-scale battery-stored electricity. The problem is that there are many places that “consume high amounts of power but don’t have geological opportunities to build conventional pumped-storage plants,” says Jochen Bard, an energy processing technology manager at the Fraunhofer Institute for Wind Energy and Energy System Technology (IWES), in Germany.

In 2017, a number of new pumped-hydro technologies should achieve milestones. They aim to bring the low cost of the technology to geographies that ordinarily wouldn’t allow it. Here are four you might hear about: